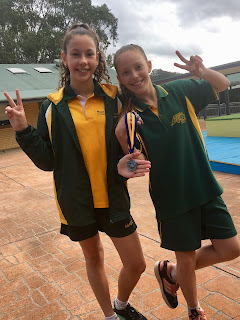 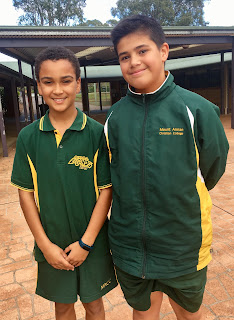 
The people who went we're Ryley, Nathanael, Sian and Charlotte in primary school.
In high school it was Jack, Jack.S and Bracken.


Nathanael and Ryley in the team SPLASH AND DASH came 23rd, Nathanael swimming and Ryley running.


Jack.S in the individual triathlon came 2nd which was amazing. Not only is a triathlon swimming and running it is also a bike ride which he had to do.


Sian and Charlotte did a team SPLASH AND DASH coming 2nd with Sian coming 1st out of the water and Charlotte 2nd overall, they also broke the previous record but did not set the new one.


Sian in the individual biathlon came 1st out of the water and 8th overall.


Charlotte also doing the individual biathlon came about 20th out of the water and 5th overall.


By Sian and Charlotte.