We all traveled with our parents and one of our teachers Mr.Brownlee came as well to do the boys long jump. It was a horribly windy day and was quite difficult if you were running because the wind was blowing one way while we were running the other way.


The three people who went were Charlotte, Ryley, and Cole.


First, we’ll talk about Cole he went in Discus and did very well. He came 8th overall. After that, he went home.


Now Charlotte she competed in three events and in 800m she came 1st in her heat and 6th overall. In 200m she came 18th and in the discus, she came 6th. Which was awesome!!!! 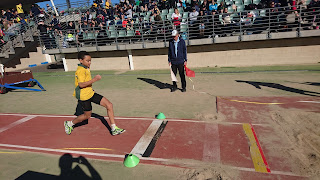 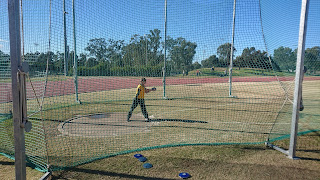 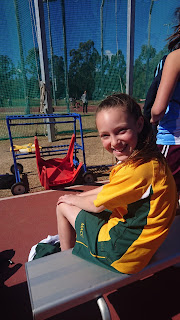 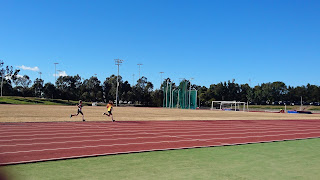 by Ryley and Charlotte

What are some ways that we can encourage Ryley when he goes to the CIS carnival?

The Burnt Stick is a book written with that intention. The story is about an aboriginal boy called John Jagamarra who was taken from his family when he was 5 years old. He was taken by the Welfare man to live with the Fathers at Pearl Bay Mission for Aboriginal Children, to learn the ways of the white man.

The criteria for our personal response is:

The starting point for the writing was to brainstorm ideas about the feelings and thoughts about the story. What would it like to …
19 comments
Read more


It shows the space between the faces takes on a shape. This is negative, while the faces themselves are positive shapes.
What do you see in the following pictures?


In your Art diary complete the following:
Draw an example design of positive and negative Art then explain Positive and Negative Art.

This artwork also uses the concepts of translation, rotation and reflection which you have been exploring in Mathematics.

Can you see how these are used in the shapes above?Which shapes have been reflected? What do you notice happens…
36 comments
Read more

By mrs todd June 06, 2017
Words can have an impact when we use them in ways that create images and evoke emotions. Poetry is a way of writing that allows someone to communicate these images and emotions in a deeply personal way. They require creativity and thought about a subject, often using a limited amount of words to so.
Dorothea Mackellar is an Australian poet, who uses imagery in her poetry to great effect. They portray her love of her country by creating images of colour and ruggedness through a rich use of descriptive words. The most famous of her poems is called "My country", which the students then compared to another poem of hers called "Colours of the Light".


After completing the lessons on imagery from these poems, we came up with a definition and looked at the words that can evoke the 5 senses.
To start the process of using imagery in our own writing, we brainstormed ideas for poems. This helps the process of pre-writing. Getting ideas written down assists the students' …
47 comments
Read more