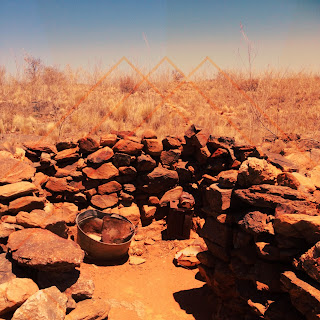 Words can have an impact when we use them in ways that create images and evoke emotions. Poetry is a way of writing that allows someone to communicate these images and emotions in a deeply personal way. They require creativity and thought about a subject, often using a limited amount of words to so.
Dorothea Mackellar is an Australian poet, who uses imagery in her poetry to great effect. They portray her love of her country by creating images of colour and ruggedness through a rich use of descriptive words. The most famous of her poems is called "My country", which the students then compared to another poem of hers called "Colours of the Light".


After completing the lessons on imagery from these poems, we came up with a definition and looked at the words that can evoke the 5 senses. 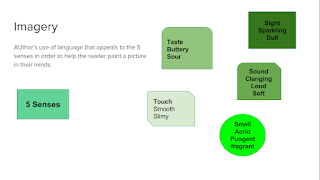 To start the process of using imagery in our own writing, we brainstormed ideas for poems. This helps the process of pre-writing. Getting ideas written down assists the students' creative efforts and thinking about the words they are going to use to write their own poetry.

Once the students chose a theme for their poem, they discussed and then wrote down phrases and images that related to the five senses. 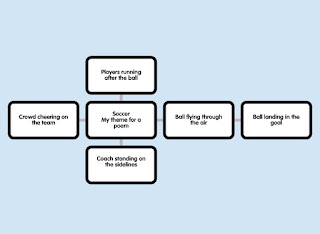 The next part of the process will be to write a poem based on Dorothea McKellar's' poem "My Country". The process will be modelled to the students. An example of what the poem should start to look like is as follows:

I love the game of soccer,
some would not understand,
The ball flies through the air
The coach yells his command.

Using the format and repetition of the original poem will help to structure the new poem, innovating the text to become a new poem.

What is your favourite line in the poems? Why?
Have you written a poem using imagery?

By mrs todd October 18, 2017
Stories can help us see, the experiences and emotions of other people. Using stories to empathise with another person's life can be a powerful way to change the views that we might hold about other people. It puts us into their shoes, and see another person's life through their eyes. The Burnt Stick is a book written with that intention. The story is about an aboriginal boy called John Jagamarra who was taken from his family when he was 5 years old. He was taken by the Welfare man to live with the Fathers at Pearl Bay Mission for Aboriginal Children, to learn the ways of the white man. The students in Stage 3 have been learning about how to write a personal response to a story. Personal responses come in many forms but always need to have a summary of the story and a personal response or opinion about it. The criteria for our personal response is: The starting point for the writing was to brainstorm ideas about the feelings and thoughts about the story. W
294 comments
Read more